Made by: Jack8680 developer 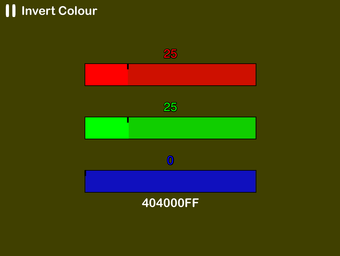 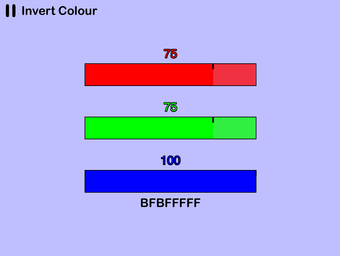 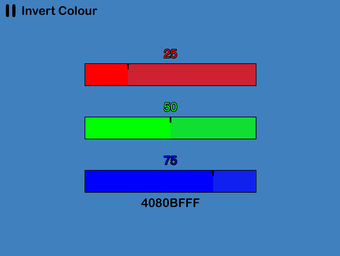 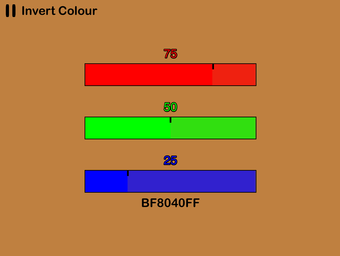 A tool that lets you enter percentages of red, green, and blue through sliders or text inputs to generate a hex colour for use with the set colour behaviour. Feel free to branch/copy this and use it in your own game.

Maybe make the color pop up in a text box when you click on the value at the bottom so people can copy paste it.

I might add Hue/Saturation/Brightness sliders too, but I don't completely understand how they work so I haven't done that yet

Great example. I might use this in my draw tool later.

Really cool creations being made based off my starting idea.

I actually made this a long while ago, this is just an update that improves it.

NIce work! I like how you change the UI to white/black depending on darkness of colour. Really great user experience design there!

Thanks, the only problem is that apparently different colours have different brightness (blue is darker than green), so it is hard to read at 51% blue and 0% green and red, but it's not too bad 😀

I love it! This is very cool! What does the code mean though?

Where number starts of as the value between 0 and 255, and floored is using the round behaviour on floor setting. To convert the number to hexadecimal, I set the input field of the combine text (with A) to the value, then if it's 10 I set the input to A, if 11 to B, etc. for C, D, E and F. I do this for each colour, then I combine the 3 hex values into a six digit code and add FF at the end for the opacity (I could have done opacity as an option, but I didn't). To inverse the colour I did the same thing but for the value between 0 and 255 I simply subtracted the current colour value from 255.

this game is very good